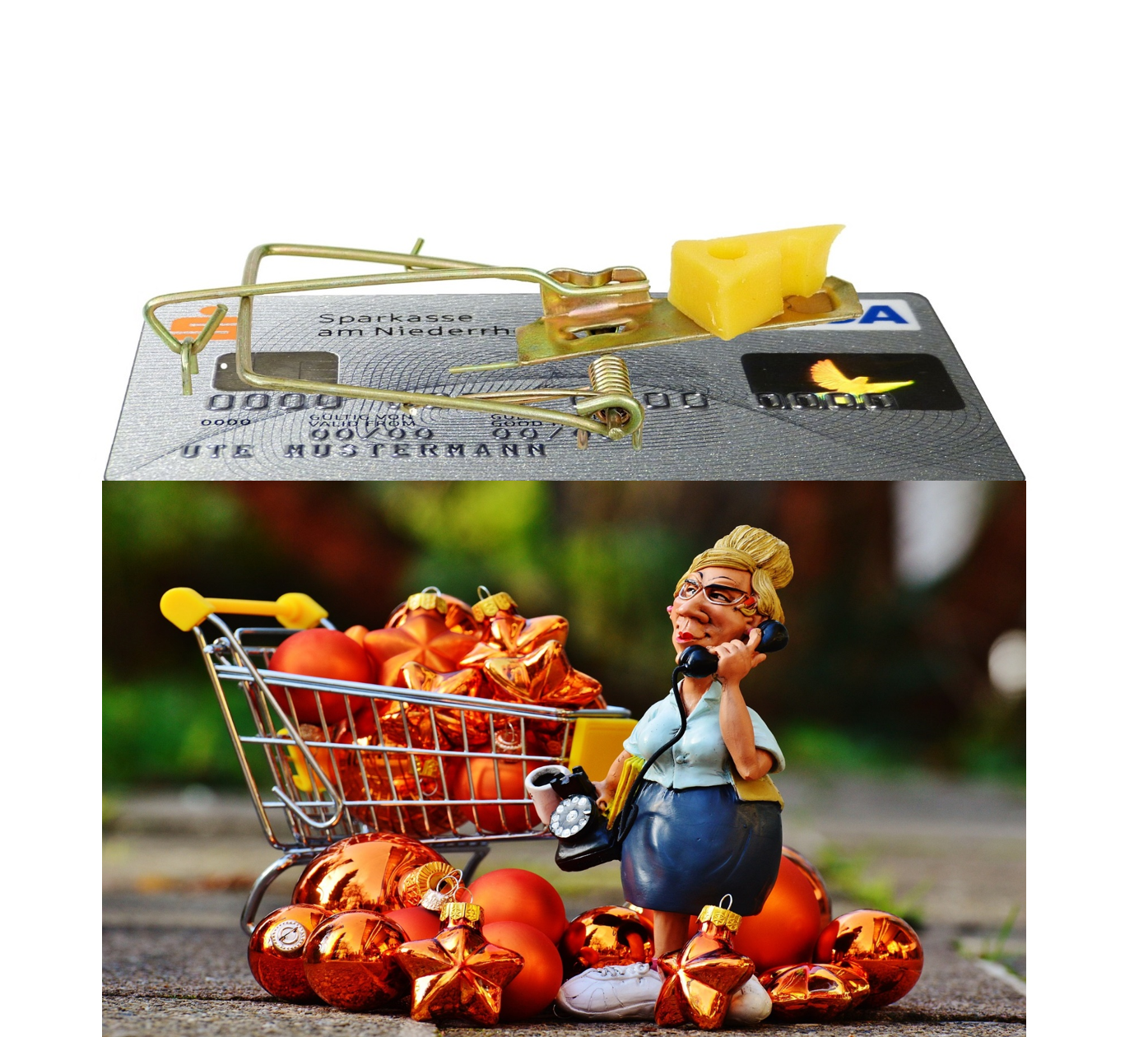 It’s the most wonderful time of the year! The fragrance of Christmas is all around us, and so are the shoppers. It’s amazing to see millions of consumers daily “dashing through the snow, and other wintry weather conditions, to shop themselves into debt, in the name of Christmas. Nothing wrong with Christmas shopping. It is a beautiful time of year for giving. But no one talks about how to avoid the aftermath of looming, growing debt as a result of holiday shopping.

As I thought about this topic, I asked myself the question: What are the statistics on holiday debt? In the article, “Holiday Debt Could Take Years to Pay Off, Study Concludes”, author Jessica Dickler provided some interesting statistics:

As a financial literacy educator/advisor, these thoughts came to mind as I read the statistics:

Here are some simple strategies to apply to avoid the holiday debt trap:

Bottom line is, if you are tired of accumulating holiday debt, or know someone who accumulates debt every year, these tips can help you avoid the holiday debt trap. Not only that, you will develop a mindset of an active saver and become more of a passive spender. The greatest gift is shopping without fear of surmounting debt.

Demetrica L. “Meechie” Jefferis retired from the United States Air Force after 26 years of faithful service. During her tenure as an active duty service member, she held positions as a Security Specialist, Personnel Specialist, First Sergeant, and Superintendent. She has been assigned throughout the United States and also abroad in Guam, Italy, and South Korea. She also deployed in support of Operations NORTHERN WATCH, SOUTHERN WATCH, IRAQI FREEDOM, and ENDURING FREEDOM. Meechie was born and raised in Chicago, Illinois and is a 1988 graduate of Academy of Our Lady High School in Chicago, Illinois. She entered the Air Force in July 1989. While on active duty, she pursued her educational goals. As a result, she also holds an Associate of Applied Science Degree in Criminal Justice, an Associate of Applied Science Degree in Human Resource Management from the Community College of the Air Force, a Baccalaureate Degree in Human and Social Service Administration from Bellevue University. And in 2015, she graduated summa cum laude from Kaplan University with a Master’s Degree in Business Administration. Since her retirement in August 2015, she is still trailblazing through life! She has been living cancer-free since January 30, 2014 as a Breast Cancer survivor/warrior. In 2016, she competed in two natural bodybuilding competitions as a Figure competitor. In 2017, she competed in Mrs. Maryland America Pageant and the Exquisite International Pageant. In November 2017, she was recognized by the National Coalition of 100 Black Women Decatur/DeKalb Chapter as one of the Most Influential Women of the Year. And in May 2018 she published her first book, “No More Bad Days”, which chronicles her Breast Cancer journey and life beyond cancer. Additionally, she is a certified fitness trainer and business owner/founder of Transform and Prosper Fitness. And recently, she passed the Maryland state exam for licensure as a Life and Health Insurance Producer. She realizes none of these accomplishments would be possible without God; but thank God He also gave her a “Superman” husband of almost 25 years, Anthony “Juice” Jefferis.