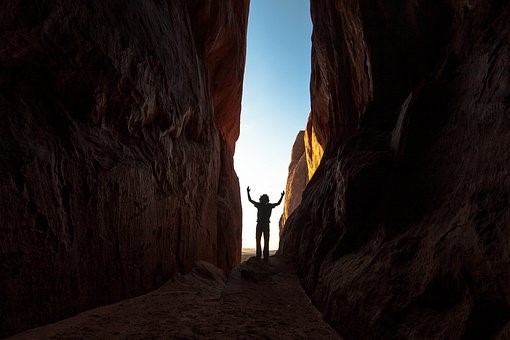 REFLECT ON THE PREVIOUS YEAR

The advent of December ushers in the joy of the holiday season and anticipation for the New Year.  However, as we rush to write New Year’s resolutions and plan our Christmas shopping, we should take a moment to reflect on the old year and its happenings.  Every old year started as a new year full of hope, expectation, and promise.  Nevertheless, it is at this time of the year that many of us take stock of what we have accomplished and are overwhelmed with what we have not achieved.  If you feel saddened that you did not accomplish all that you anticipated when the old year was new, remember the old saying “our eyes are in front because it’s more important to look ahead than to look back. Don’t dwell on things in the past. Learn from them and keep moving forward.”

The scripture exhorts, “Remember ye not the former things, neither consider the things of old” (Isa 43:18, KJV).  I believe this scripture has multiple applications, one of which is to remember to walk looking forward and not fixate too much on the past.  It is healthy to recognize that sometimes we fall short in our goals and expectations.  Rather than beat ourselves up for not losing the set amount of weight, finding a new job, completing an unfinished project, focus on whether the goals were realistic.  If the goals were realistic, deliberate on how the failure occurred and lay out a plan for how to achieve success.

Many people, who have achieved success, did so after a major disappointment.  As you reflect on your year, consider one of my heroes, Albert Einstein.  In 1921, Mr. Einstein won the Nobel Prize in Physics.  Mr. Einstein said, “success is failure in progress.”  Many of us are aware of Mr. Einstein’s great accomplishments in physics and science.  However, most people are not aware that the renowned physicist was a lackluster student and his doctoral thesis was initially rejected.  This is why we should listen to what he has to say about success and failures.

If Mr. Einstein does not motivate you, take out a five-dollar bill and consider the sixteenth President of the United States of America, Abraham Lincoln.  In 1832, when President Lincoln was twenty-three years old, he lost his bid for State Legislature.  Before President Lincoln was thirty, he lost his bid to become Speaker of the House in the Illinois House of Representatives.  Nevertheless, in 1846, Mr. Lincoln was elected to the United States of America House of Representatives where he drafted a bill to abolish slavery.  In 1861, at the age of fifty-two, Mr. Lincoln was elected President of the United States of America.  It was on November 19, 1863, in his most famous speech, his Gettysburg Address, President Lincoln said, “this Nation under God shall have a new birth of freedom.”  These precious words from a man whom some considered a failure at twenty-three years old.  No one knew his full story at twenty-three years old and you do not know your full story either.

As believers in Christ, when we contemplate our past both in terms of success and failure, we are essentially examining ourselves to see if we are displaying evidence of God’s power, purpose, and presence in our lives, in all aspects of our living.  Remember, taking a few moments to review the previous year should not be an opportunity for self-flagellation or defeatism.  Rather, reflect on the previous year and consider what worked and what didn’t.  Learn from setbacks, missed opportunities and accomplishments alike.