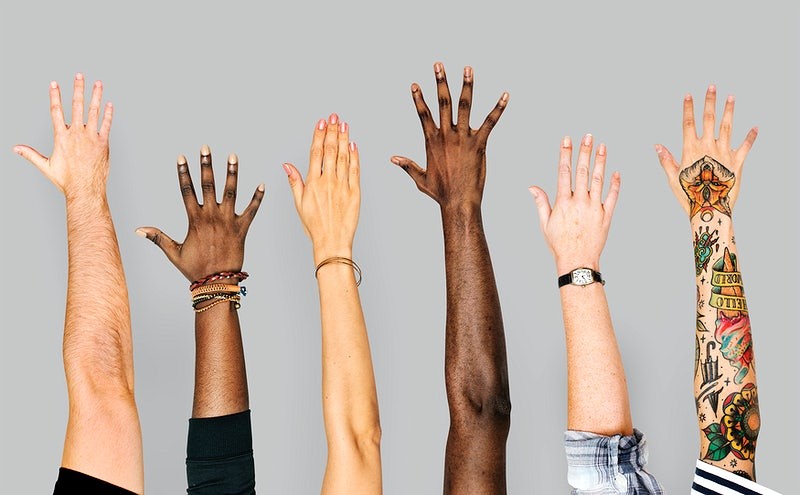 … IS PERCEIVED AS MY SIN

For many Americans, summer ushers in a season of seemingly endless fun, beach outings, barbeques, and relaxation.  However, as we find ourselves dealing with the aftermath of the four Minneapolis police officers captured in video footage, who seemingly assisted each other in murdering a man who was black, many in the church are asking, “How did this happen and how should Christians respond to injustice?”

Sadly, many Christians have never engaged in an honest discussion of what it means to be black in a society that finds blackness foreign, alienating, and something to fear.  Every summer, as our Nation celebrates its independence, I think on the words of abolitionist, Sunday school teacher, statesman and former slave, Frederick Douglass:

“Fellow-citizens, pardon me, allow me to ask, why am I called upon to speak here to-day? What have I, or those I represent, to do with your national independence? Are the great principles of political freedom and of natural justice, embodied in that Declaration of Independence, extended to us? and am I, therefore, called upon to bring our humble offering to the national altar, and to confess the benefits and express devout gratitude for the blessings resulting from your independence to us?”

Frederick Douglass wrote these words nearly one hundred seventy years ago.  This same great man, when pondering the Christianity of Christ and the Christianity of this nation would write, “I love the pure, peaceable, and impartial Christianity of Christ: I therefore hate the corrupt, slaveholding, women-whipping, cradle-plundering, partial and hypocritical Christianity of this land.”  Many of us still find ourselves faced with the same feelings when assessing why racism flourishes in our society, including the church and why the twelve noon worship hour on Sunday is still the most segregated hour in our land.  Indeed, if our Nation is to be healed once and for all, of the debilitating legacy of racism, it is paramount that God’s people set the example.

For the people of God who believe that being white makes you superior and better than your black and brown brothers and sisters, you would do well to remember, as we all should, “And hath [God] made of one blood all nations of men for to dwell on all the face of the earth, and hath determined the times before appointed, and the bounds of their habitation.” (Acts 17:26 KJV).  Moreover, consider the stinging words in Malachi “Have we not all one father? Hath not one God created us? why do we deal treacherously every man against his brother.” (Malachi 2:10a KJV).

Many of us are bitterly disappointed over the calloused taking of black life at the hands of persons who have sworn to uphold the law.  We are also grieved over the countless number of clergy and church leadership who will gladly teach on paying tithes and refraining from lying and stealing but are deafeningly silent and look the other way while black people are murdered and abused.  This must cease.  As a student of history, I know that Adolf Hitler was evil and the perpetrator of ghastly and gruesome crimes against humanity with his charge in leading the slaughter and genocide of the children of our proverbial father, Abraham.  But I have often wondered, “what were the good German people doing when Hitler was murdering, gassing and burning Jewish people?”  Hitler was able to commit his unspeakable atrocities because good Germans looked the other way.  To my white brothers and sister who name the name of Christ and identify with his kingdom, “have you been silent while black people are murdered and abused and treated unjustly?”  Are you weary of the peaceful demonstrations calling attention to decades of unfathomable injustice?  Dr. Martin Luther King, Jr.’s letter from the Birmingham jail was written to address such apathy in a similar time of lawlessness and unrest.  Dr. King said:

“You deplore the demonstrations taking place…. But your statement, I am sorry to say, fails to express a similar concern for the  conditions that brought about the demonstrations. I am sure that none of you would want to rest content with the superficial kind of social analysis that deals merely with effects and does not grapple with underlying causes. It is unfortunate that demonstrations are taking place…., but it is even more unfortunate that the ….. white power structure left the [black] community with no alternative.”

The universal church of the living God must never lose sight of the fact that we exist to share the gospel of Jesus the Christ.  However, integral to that commitment is the commitment to seek justice and stand with the oppressed in a meaningful way.  If you see injustice, speak out and don’t cover it up.  You may have to sacrifice your time and attention and come out of your comfort zone; march/demonstrate, check on your black neighbors, ensure that you have not been apathetic to suffering, simply because the one suffering is a different ethnicity than you’re your own.  Additionally, we who are black know that not all persons who are white or who are in law enforcement are perpetrators of injustice.  Before I went to law school nearly twenty-five years ago, the Lord gave me a scripture that I have tried to live up to professionally and personally: “He hath shewed thee, O man, what is good; and what doth the LORD require of thee, but to do justly, and to love mercy, and to walk humbly with thy God?” (Micah 6:8 KJV).  There are no white followers of Christ, no black followers, no brown followers.  We are simply followers of Christ.  None, no better than the other.  My black skin is not a sin, black or white, in Christ we are kin.  The Apostle Paul exhorts that in Christ, “There is neither Jew nor Greek, there is neither bond nor free, there is neither male nor female: for ye are all one in Christ Jesus.” (Galatians 3:28 KJV).

I hope that our justice system provides justice to those who have been violated.  I earnestly pray that the body of Christ will be relevant and not look the other way when the darker brother and all brothers and sisters in the rainbow of the human family experience inequality and oppression.  Consider the sobering words of Dr. King in that afore-mentioned letter from the Birmingham jail.  These words are as true today as they were in 1963: “But the judgment of God is upon the church as never before.  If today’s church does not recapture the sacrificial spirit of the early church, it will lose its authenticity, forfeit the loyalty of millions, and be dismissed as an irrelevant social club with no meaning for the [twenty-first] century.  Every day I meet young people whose disappointment with the church has turned into outright disgust.”

When Cain flippantly asked the question, “Am I my brother’s keeper?”  The real answer is “Yes.”  Let me borrow the words from an old gospel song, “We’re all in this thing together, we’ve got to work it out.”  Agape.

Let Us Have Your Thoughts... Cancel reply

This site uses Akismet to reduce spam. Learn how your comment data is processed.