Skip to Content
Home / 2020: MARCH / The Coronavirus and Money

DO NOT MOVE YOUR INVESTMENTS__

The Coronavirus has a global grip on everyone, everywhere. From traveling to employment, we all feel the effects of the Coronavirus outbreak. Especially in the Stock market. The Dow industrial average dropped 10%, which was the biggest drop in 33 years. And with the significant drops in the market, those who are not financially prepared will feel the financial pressure. Many businesses are cutting back on hours of operation and staff because they do not have sufficient funding. And now it really hits home!
Whether you live from paycheck to paycheck, or you have a solid financial foundation, the below list shares the most important things to do with your money even when we are faced with a pandemic due to the Coronavirus:

1. According to CNBC’s article, “The Most Important Things To Do With Your Money During The Coronavirus Outbreak”, by Alicia Adamcyzk, DO NOT MOVE YOUR INVESTMENTS. Christine Benz also stated, “You must be willing to tolerate some uncertainty and risk…if you want to outearn the inflation rate.”
2. Reassess your goals. Life happens and goals change. Whether you plan to purchase a home, or need to make adjustments to your retirement plan, now is a good time to assess where you are and strategies to achieve your goals.
3. INCREASE EMERGENCY FUNDS! This should be your TOP priority to build an emergency fund of three – six months’ worth in case of job loss, sickness, etc.
4. Support others financially, if you’re able. Continue to patronize reputable businesses, including an extra generous tip for your server.

Additionally, start on a financial protection plan today! I have family members and close friends who have leaped into action as a result of the Coronavirus. Make the time to prepare now, stick to your plan, and you’ll be prepared to weather any storm or pandemic. 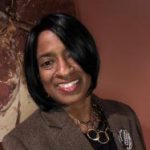 Demetrica L. “Meechie” Jefferis retired from the United States Air Force after 26 years of faithful service. During her tenure as an active duty service member, she held positions as a Security Specialist, Personnel Specialist, First Sergeant, and Superintendent. She has been assigned throughout the United States and also abroad in Guam, Italy, and South Korea. She also deployed in support of Operations NORTHERN WATCH, SOUTHERN WATCH, IRAQI FREEDOM, and ENDURING FREEDOM.

Meechie was born and raised in Chicago, Illinois and is a 1988 graduate of Academy of Our Lady High School in Chicago, Illinois. She entered the Air Force in July 1989. While on active duty, she pursued her educational goals. As a result, she also holds an Associate of Applied Science Degree in Criminal Justice, an Associate of Applied Science Degree in Human Resource Management from the Community College of the Air Force, a Baccalaureate Degree in Human and Social Service Administration from Bellevue University. And in 2015, she graduated summa cum laude from Kaplan University with a Master’s Degree in Business Administration.

Since her retirement in August 2015, she is still trailblazing through life! She has been living cancer-free since January 30, 2014 as a Breast Cancer survivor/warrior. In 2016, she competed in two natural bodybuilding competitions as a Figure competitor. In 2017, she competed in Mrs. Maryland America Pageant and the Exquisite International Pageant. In November 2017, she was recognized by the National Coalition of 100 Black Women Decatur/DeKalb Chapter as one of the Most Influential Women of the Year. And in May 2018 she published her first book, “No More Bad Days”, which chronicles her Breast Cancer journey and life beyond cancer. Additionally, she is a certified fitness trainer and business owner/founder of Transform and Prosper Fitness. And recently, she passed the Maryland state exam for licensure as a Life and Health Insurance Producer. She realizes none of these accomplishments would be possible without God; but thank God He also gave her a “Superman” husband of almost 25 years, Anthony “Juice” Jefferis.