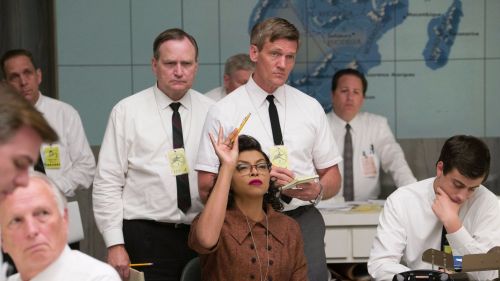 “For I know the thoughts that I think toward you, saith the Lord, thoughts of peace, and not of evil, to give you an expected end.” ~Jeremiah 29:11 {KJV}

In 2016, the country was introduced to three beautiful, smart and highly intelligent African-American women at NASA who served as the brains behind one of the greatest operations in history: the launch of astronaut John Glenn into outer space. At a time when the contributions of women were severely underappreciated and unrecognized, these women understood who they were and understood the value they could bring to the space program. In spite of the unsupportive environment and the climate of the culture towards women at that time, against all odds these women demonstrated humility, grace and self-respect. These women were resilient, not allowing the opinion of others to discourage or distract them from performing their job.

Earlier this summer I experienced a first in my professional career that reminded me of these women. As the only African American woman on my team and often the only person of color seated at the table to represent my line of business, there have been times when I’ve questioned whether or not I even belonged in the room.  In those times I’m grateful for the still small voice of the Holy Spirit reminding me, “I know the thoughts that I think toward you”.

One particular incident with a male colleague, characterized by other women in my department as a bully, proved to be an opportunity for me to demonstrate what “GODFIDENCE” {what I’m defining as Godly Confidence} looked like. This personality type prided himself in intimidating women with his loud voice and overpowering demeanor. I would often observe the response of the women who engaged with him in meetings and noticed they all left feeling humiliated and some in tears. This summer, I found myself paired with this personality type for a major project and I could sense all eyes in the department were on me, anticipating how I would respond to working with him.

Here’s what I know for sure and want to offer up as encouragement as some of us find ourselves transitioning from “hidden figures” to “public testimonies”:

:: Remember Who You Are. As a follower of Jesus Christ, I am a firm believer that GOD strategically places His people where He’ll be glorified. At one point in our project, I found myself on the receiving end of his unprofessional behavior. Because I remained confident in GOD’s word over my life that His thoughts toward me were to give me an expected end, I chose to allow my work and professional, godly disposition, speak for itself. There was a time where my natural go-to-response was defensively declaring what I was and was not going to tolerate {finger snap and neck roll included}. However, I’ve come to understand that my response should be reflective of the child of GOD that I am. What I’ve come to understand is that during seasons of transition when GOD wants to elevate you to a position of influence whether on your job or in the community, attitude is everything.

:: Someone is ALWAYS watching. It is important to remember that as a believer in Jesus Christ, the enemy patiently waits for an opportunity to discredit your witness. I could have easily allowed how I was being treated to cause me to come out of character, but instead, I decided to trust GOD’s word over my life that I would prevail against my enemies. I soon began to receive the attention of senior leadership who observed my engagement with my colleague and more importantly my response to his behavior. Could I have requested to be removed from the project? Sure, but that would have given him satisfaction that his behavior was ok. It’s important to note that in no way did I feel like the situation was beyond my ability to handle; the point is that I believe this was a GOD opportunity for something greater.

:: Trust God. Proverbs 16:7 {KJV} states, “when a man’s ways please the Lord, he maketh even his enemies to be at peace with him.” I’ve come to understand that when we yield to the leading of the Holy Spirit and trust GOD’s will and purpose for our lives, the adversary has no choice but to bow down to the GOD that reigns in us. I didn’t have any more trouble out of my colleague. As a matter of fact, this same colleague apologized for his behavior and said that I was not only someone he could trust, but also someone worth being recognized. #GODWins

I believe this is the hour of the follower of Jesus Christ where GOD is putting His people on display to make a difference in the lives of others. Do not allow the noise of those around you cause you to lose sight of what GOD has for you and where He would like to take you. Allow GOD to work in you to bring about His pleasure for you in the earth and expose YOU as one of His Hidden Figures.

Consultant at Kingdom Excellence Consulting
Towanda Coles is a native Baltimorean with a passion for teaching and developing Servant Leaders to serve in the spirit of kingdom excellence. Towanda holds a Bachelor of Science degree in Communications from Bowie State University. She is a proud wife and mother and resides with her family in Baltimore County. Towanda shares her thoughts on leadership at www.kingdomexcellenceconsulting.com. Connect with Towanda online via Twitter @TCInspires and on Periscope @TCInspires.