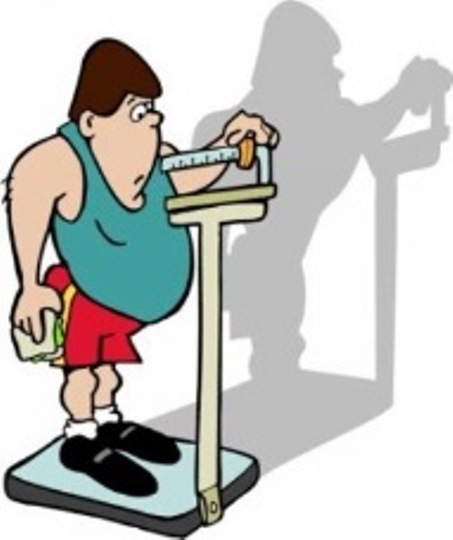 A few months ago, in many churches, there was much hand wringing and head shaking over the new laws that passed in the Nation’s Capital.  Essentially, in Washington, DC, it is now legal for persons older than twenty-one years of age to:

Most people will be like me; if they have not smoked weed, the new laws will not make them do so. So, for my two cents, I must conclude that the new weed laws are interesting but not devastating to young people in urban environments.  However, there is a bogyman lurking in the inner cities of America and in urban church communities, with their tree trimmed, manicured lawns, and corner carryout stores.  That bogyman is known as…..the ice-cream man.

Every year around this time of the year, the familiar bell, heralding the truck on wheels stocked with confectionary delights and salty goodness, rolls through the inner cities of America. Bomb pops, pickles, potato chips, strawberry shortcakes, chocolate éclairs, soda-pop, lemonheads, bubble gum and push-up pops make their way to inner city children.  For the record, I love all of these delights. However, I am greatly concerned that within the past twenty years, obesity levels amongst inner city children have sky rocketed.  Consider these startling statistics as ascertained by the Center for Disease Control and Prevention (CDC):

With statistics like these, why do we in the church and the community-at-large focus so much on weed laws and not enough on the obesity epidemic in urban America and in urban churches?  I do not want to stop the ice-cream truck from rolling through our cities and suburbs, nor am I suggesting that the ice-cream truck have for your snacking pleasure, broccoli delights, string-bean dreams, loveable lettuce or affable apples.  However, we must start paying attention to what our children are eating or for that matter, what’s eating them.

It is not a coincidence that inner city children and church children are amongst the most obese when compared to their suburban and secular peers. The ice-cream man alone is not to blame but rather, poverty, poor health-care, and food deserts.  A food desert is a geographic area where affordable and healthy food is difficult or impossible to obtain, especially if transportation is lacking.  Food deserts can exist in suburban areas and inner city areas alike.

While it is true that childhood obesity is a complex disorder, varying factors, including genetics, health-care access, lifestyle, and eating habits, is believed to play a role in the development of the obesity epidemic.

I have struggles with weight issues. I am down 147 pounds from my highest weight.  Many in the church suffer in shame and indignity with regard to weight. Many of us are tempted at church bake sales, church dinners, repasts and receptions to over indulge.  We feel no shame because we rationalize that it isn’t drugs or alcohol.  I am meditating on this scripture day and night as I carry out my exercise regime:  “There hath no temptation taken you but such as is common to man: but God [is] faithful, who will not suffer you to be tempted above that ye are able; but will with the temptation also make a way to escape, that ye may be able to bear [it]” (1 Cor 10:13 KJV).

So, the next time we twist in the wind and predict the fall of society based on ever-changing weed laws, consider the effects of junk food on urban America and urban Christendom.  Don’t’ “fear” the weed-man, “fear” the ice-cream man, for in these waning warm months and cool fall days ahead, the ice-cream man cometh.  Now I say this somewhat “tongue-in-cheek, for God has not given us a spirit of fear.  But if we want to overcome obesity and inordinate trips to the ice cream truck, we should do well to remember:  “But I keep under my body, and bring [it] into subjection: lest that by any means, when I have preached to others, I myself should be a castaway” (1 Cor 9:27 KJV). Agape.