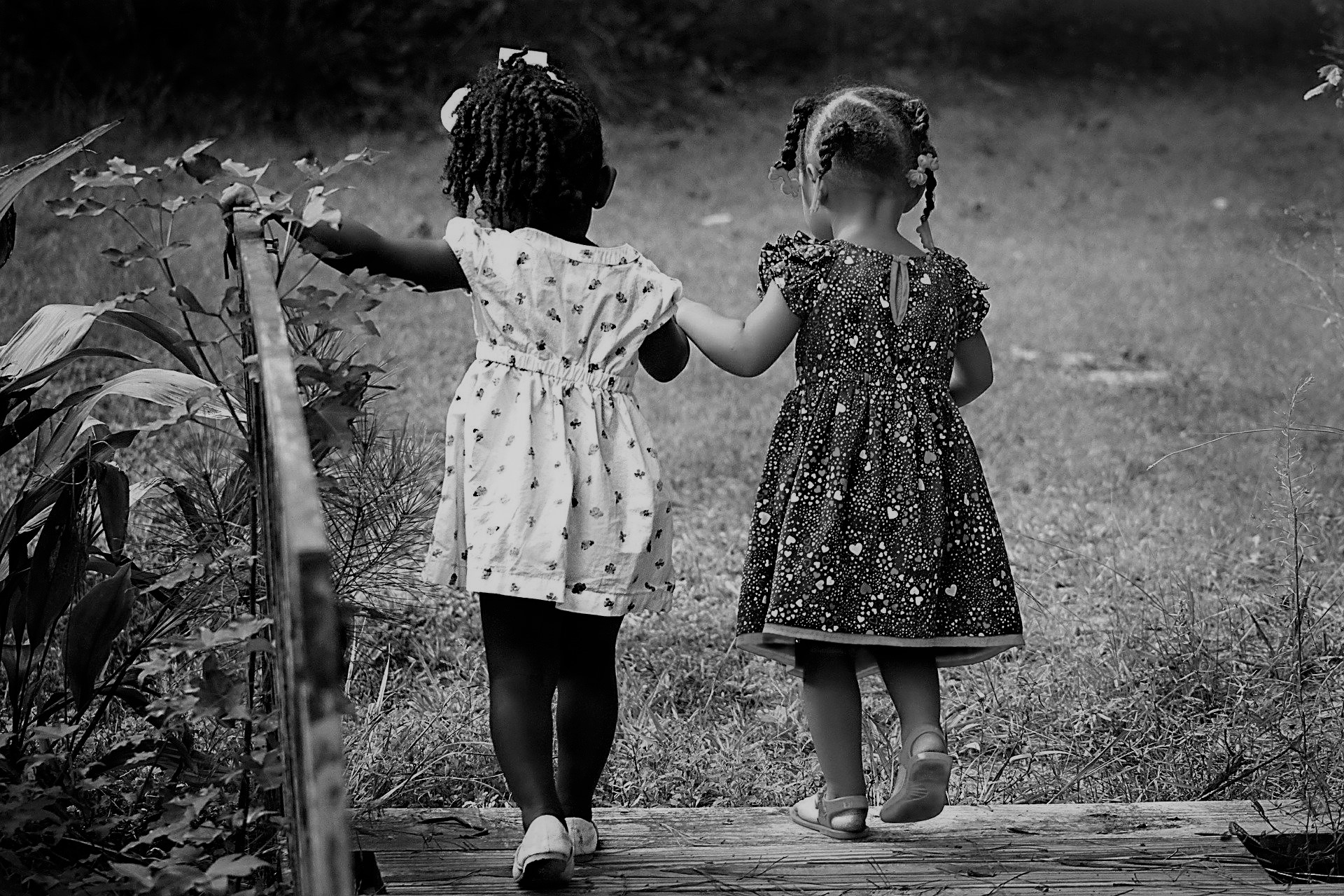 Go outside and look up!

I remember the days when life was easy as Sunday morning. When I had no cares. I remember as a young girl, riding my bike through the alleyways in the city that birthed me. And at that time, the only thing I feared was hearing my mama yell my name from the front porch after the streetlights came on.

I also remember those times when I would walk to the corner store after school with my cousins to get candy. A dollar was enough to get a bag full. I would get the same candy every time. I’m talking about Now and Laters, Nerds, Laffie Taffie’s, Blow Pops and Lemon Heads. I would be, as they say in Washington, DC, “siced.”

We would then make it home and gather on the front porch in a serious conference, counting and trading candy. And after the trading had ceased, I would then look up out at the city life. I remember the sound of the ice cream truck circling the block. I would see one neighbor walking his dogs. A few other neighbors on their front porch, exchanging commentary on last night’s basketball game. The sound of the metro bus as it rustles over the rough uneven streets, or the screeching sirens of the police rushing off to the nearest disturbance. I remember watching countless strangers walking up and down both sides of the streets, always wondering where they would be off to.

I would then glance up at the sky; looking for shapes in the clouds as I would always do on our long rides to my grandma’s house. And there is where I would get stuck all the time. I would be allowed to wonder and imagine with no limitations. Peering up past the clouds, wondering what lies behind these shapes. Imagining flying up beyond the unknown. A testament to a child’s imagination.

But what all this represents is how as children we took time out to marvel at the movement of the world. We were flattered by God’s magnificent creations. We made mud pies and played with worms. We played double dutch and would gather around innocently to witness who ran the fastest. We would act as meteorologist by determining whether it will rain by the dewy smell in the air. We stepped outside and looked up!

When we think back to our childhoods, we can agree that times are different. Today, we are so caught up with our daily lives and our schedules. Electronics have become our entertainment. Instead of spending time with friends and family, we make dates with our favorite television shows. And dinner conversations are replaced with cell phones. Relationships are short lived because these days, most people lack social skills. We even have God on speed dial.

Over time, we have grown comfortable with “instant” life. Anything and everything you want from food to clothes to household items can be delivered to you without you having to leave your home. We have forgotten what it is to do simple things like take a walk, a trip to the park or picnic with our significant other. Technology has improved the way of life, but has it improved the life we live?

Instead of tapping on your bible app, reach for your bible and look up the scripture yourself. Instead of facetiming your friend, schedule a lunch date. Instead of leaving your children in front of the television or video games, take them to a park. Teach them an old childhood game that you all can participate in together. Read a book instead of catching up on the latest gossip blogs.

I employ you to take this time and reflect on your childhood. Remember those days when you had no cares and all you desired was to go outside when you got home from school? What were those things that would get you outside? What activities were you involved in that gave you life? What made you holler out in laughter? Incorporate those childlike things into your adult life and live again. We only have one life to live. One life given to us to live out our purpose, to impact others and to leave a legacy. Whatever that legacy is for you, live it out loud.

Go outside and marvel again at life and at God’s creations. Explore new attractions that incorporate nature. Listen to the breeze whistle through the trees. Look down at the creepy crawlers and look up at the birds that soar through the air. Observe these things as if you are seeing them with a new set of eyes. Incorporate new habits that will bring peace and purpose. Be intentional with life and be present. Go outside and look up!

May peace and love be with you and your family.

Nicole Hicks currently lives in Montgomery County as a single mom of three fantastic teenagers. Nicole is an Account Specialist in Beltsville, MD where she has worked for over 5 years. She has served our country as a Supply Sergeant in the United States Army for 8 years. Nicole is also the current social media manager for a local non-profit organization called, YoungLives. This organization provides love, support and assistance to local teenage moms. She previously worked with another non-profit organization called P.E.P. (People Effecting People), where they were intentional in being present to increase moral and unity in their community. She consistently volunteers her time to give back to others not only as one of her enjoyable hobbies, but to also honor the death of her mother who was also a dedicated Willing Worker. In her spare time, Nicole likes to work out, read, and spend time with her children but has always had a deep love for writing, poetry and music. She enjoyed writing so much as a young child, her mom entered her into many writing and essay contests. As a teenager, her highest writing accomplishment was when she won first place for the M.A.D.D. (Mother’ Against Drunk Driving) campaign and was selected to read her essay live on the radio. Presently, Nicole is completing a bachelor’s degree in Psychology at Southern New Hampshire University. Where she plans to work one day professionally in the Mental Health field as a life coach or counselor. Nicole is a hard worker and doesn’t allow obstacles to slow her down. Nothing has been easy for her, but from her life lessons, her goal is to prevent others from experiencing the same losses by providing inspiration through her writing, music and posts. Her prayer is to continue to grow in positiveness, and to be an inspiration not only to her children, but an encouraging help and light to those she encounters. “Don’t Be afraid to fail, Be afraid to not try.”

Let Us Have Your Thoughts... Cancel reply

This site uses Akismet to reduce spam. Learn how your comment data is processed.